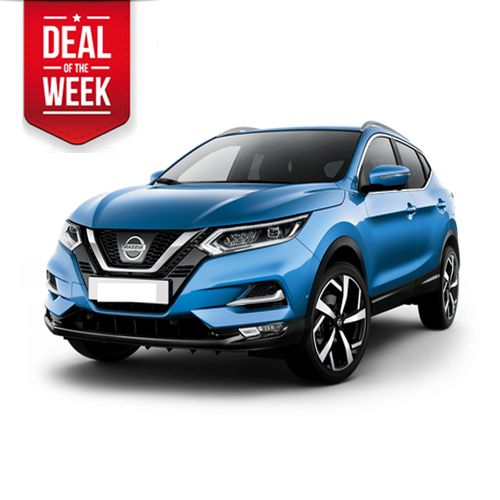 The Qashqai is still a fresh spot of traffic, with its arrowhead light and distinctive front design, a much more recognizable individual from afar than its predecessor, which is somewhat gray.

The Nissan Qashqai, which doesn’t get embarrassed with front-wheel drive either when it comes to leaving the asphalt. The sleek, unpretentious, yet characteristic form has won the favor of many, making this type extremely successful in its own category.

Compact crossovers are becoming more and more popular, ie off-road vehicles that are not really off-road, but with a higher-than-average ground clearance they still manage to get off the asphalt, have a high seating position and a combination of passenger cabs. It sounds weird, but the presence of a 4x4 drive is often not expected at all, as it would only increase consumption due to the underutilization of off-road capabilities, so manufacturers have recognized the situation and are not forcing customers to drive all-wheel drive, either switchable (or auto-switch) or permanent. . Nissan is rightly one of the big moves in this segment, with the popular Qashqai almost an benchmark member of the crowded crossover camp.

Leaving the city, the Qashqai takes you under 5 liters with the new petrol, while on the highway you ask to eat 6.5-7 liters, and in the city you can deal with it consuming 5.5-6 liters. The test consumption was 6.5 liters, with the majority of it being urban and air-conditioned, as well as high-speed sections with many packages, so the variant running as the DIG-T 160 was an absolutely pleasant surprise in this respect. Of course, a well-distributed and precise, but slightly long-distance gearbox also plays a role in this, with the tachometer showing a round 2000 at 100 km / h.